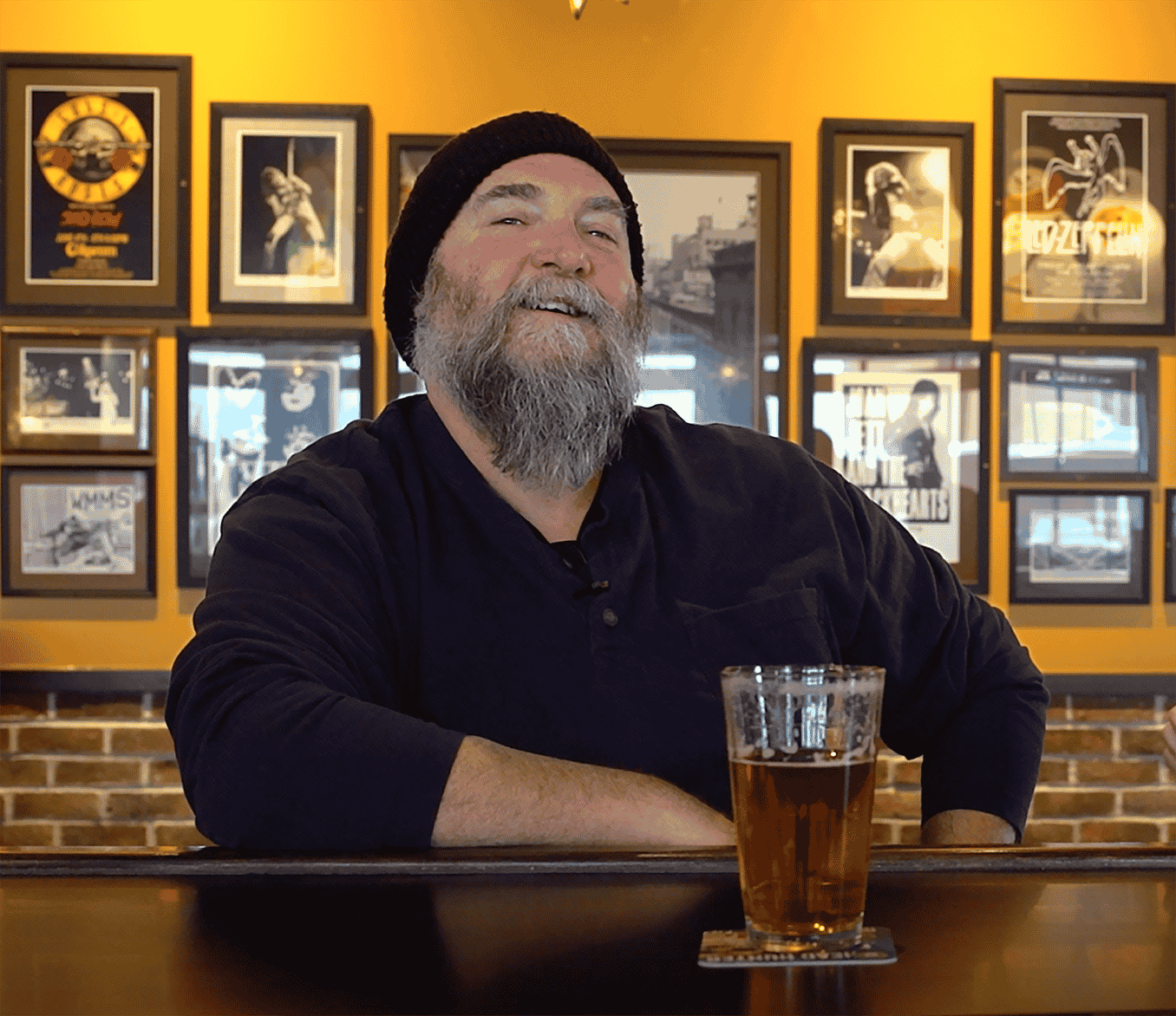 Bear developed a vivid imagination as a kid, he says, “Because my made-up imaginary friends were way cooler than the real kids I grew up with.” And anyone with a vivid imagination growing up in the 60’s naturally gravitated towards the things that made that decade so great. You know what we mean. Music, black light posters and tie dye.

“I was drawn to music,” says Bear, “I mean, it was the greatest time for rock music. Ever. The Beatles, The Stones, The Who, Bob Dylan, Stevie Wonder, Motown, the British Invasion. It was all happening and it was f—ing great. So I got a gig working security at rock shows. But I really wanted to be a musician. I mean, how many movies have you ever seen where the security guy gets the girl? None. Except that one with Kevin Costner, which probably shouldn’t count because he gets killed. I wanted to make noise, be cool, and party like a rock star.”

“My friends were doing better than I was, selling stuff in the parking lots at these concerts, so I realized I could make more money doing that. The opportunity to create and sell posters for local rock bands, concert promoters, and music venues was right there so I just took it. I got to make art, be cool, and party like a rock star. Not my original plan exactly, but pretty damn close.”

Bear by the Numbers:

Years creating rock concert posters –
and he ain’t done yet!

Bear has been a fixture in the rock and roll scene in Northeast Ohio for decades, and if you have ever seen a concert here, chances are good that you’ve seen a bit of Bear without ever realizing it.

TAKE A LONG, STRANGE TRIP THROUGH OUR HISTORY